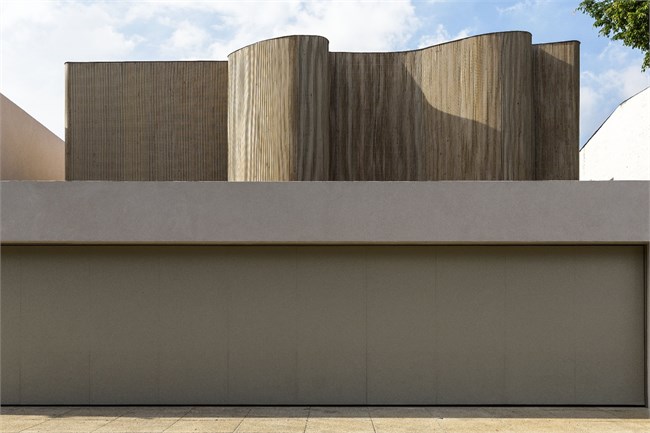 This project is a large renovation of a house designed in the eighties by Italian-Brazilian architect Ugo di Pace. The client, whose grown-up children left the family home, aimed for functionality and further integration between spaces now inhabited only by a couple. The volume of the house occupied almost the entire surface of the narrow and deep plot. It was characterized by the robustness of the structure, with few openings, highlighted by cylindrical concrete columns in the front and the rear façades, containing pillars and hydraulic installations. 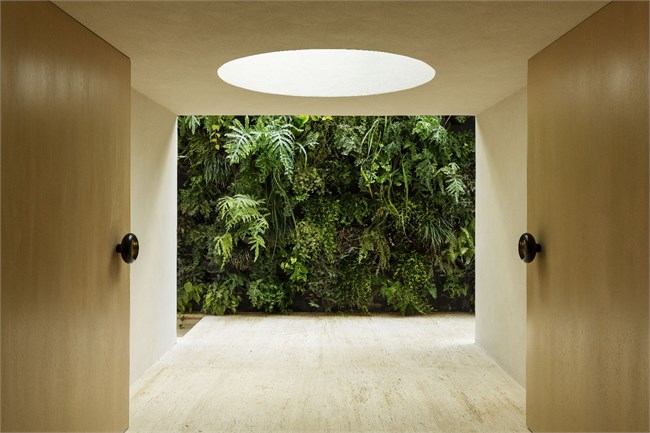 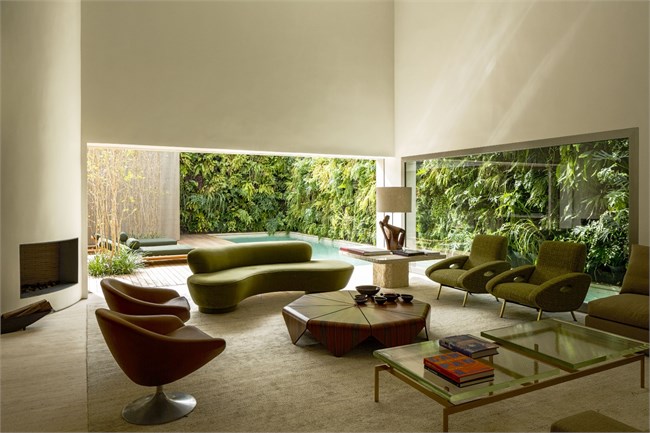 Small gestures brought fluidity to the architecture, such as enlarging the openings to let in the sunlight and create views towards the gardens. With an intense social life, the client paid special attention to the redesign of common areas for hosting parties. The ground floor is divided between a block on the street side, holding the garage, kitchen and service areas, and another one where the living room and dining room are oriented towards the backyard. 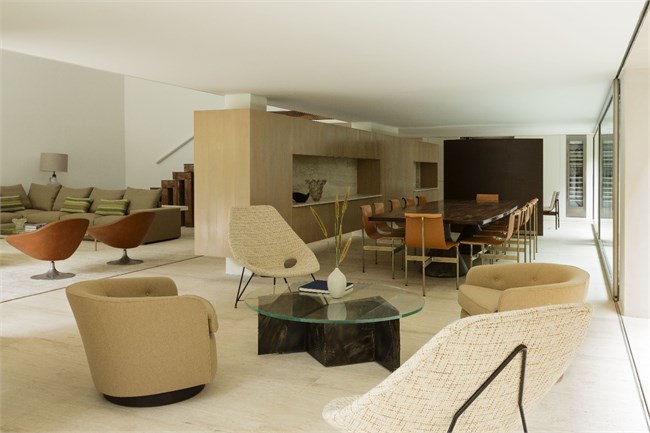 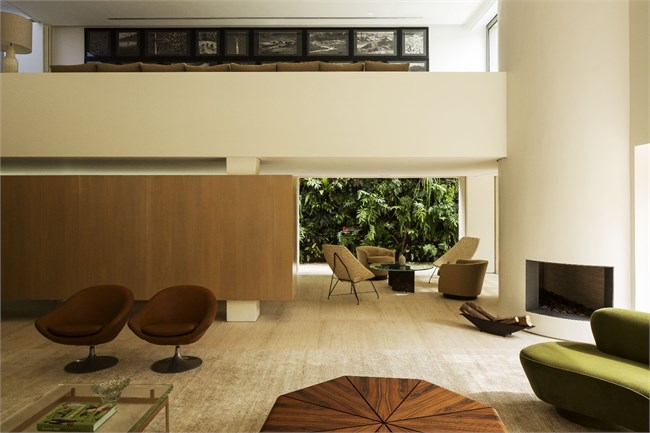 The main entrance is made through a corridor that runs along on of the sides of the plot. The swimming pool was enlarged to have a section transformed into a 20m swimming rink that suggests continuity between this corridor and the backyard. A circular skylight was created in front of the entrance door, upon entering the house one sees a massive piece of millwork that seems to float due to its cantilevered structure. It forms an axis that distributes the accesses to the living room, dining room, pantry and kitchen. 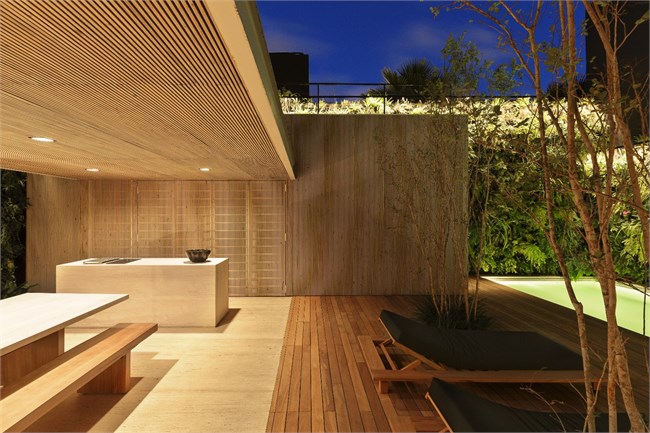 Openings were enlarged and glass doors were added to bring within the house the atmosphere created by the vertical gardens that occupy the perimeter of the plot. A pergola protects a space for outdoor meals, next to the wooden deck in front of the swimming pool made out of travertine marble. A bench inside the pool extends along one of its sides, concealing the lighting. In the living room, the cylindrical column holds a hearth whereas the dark Brazilian teak staircase was kept from the original project, contrasting with the light tones of the interior design. 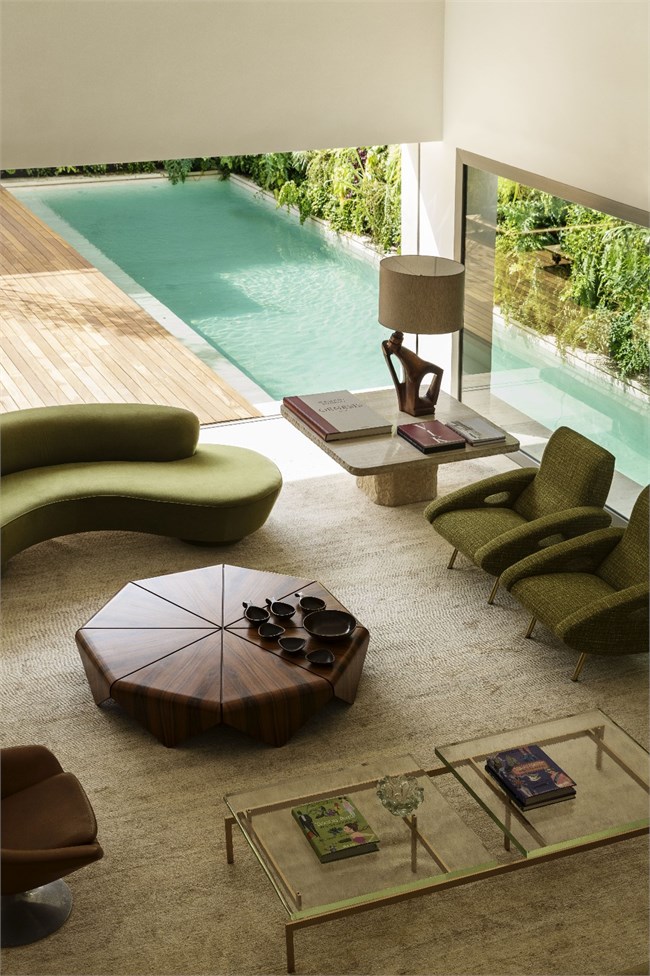 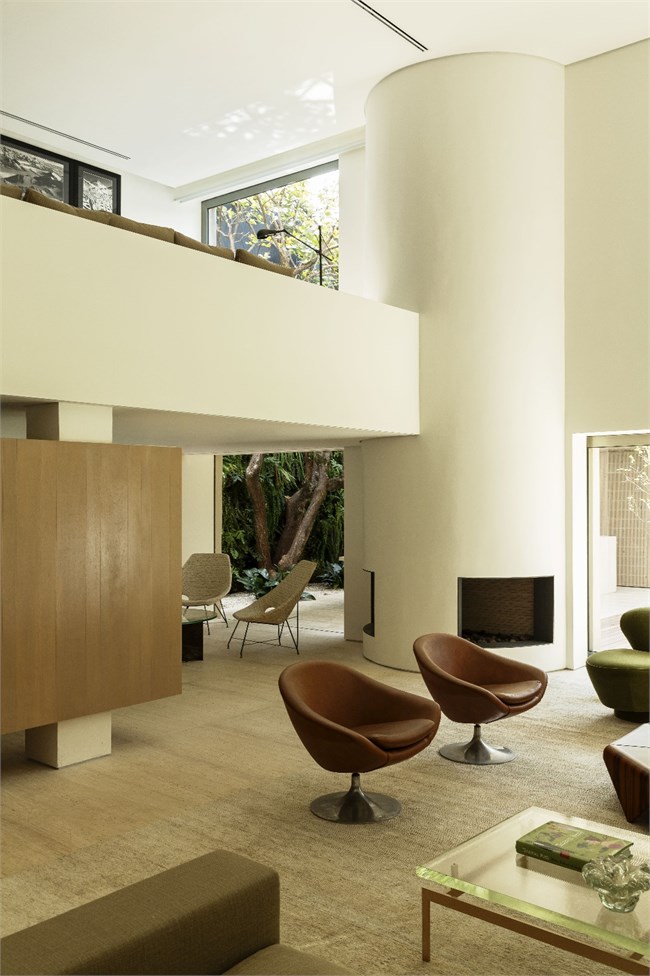 The home theater in the first floor is continuous to the double height ceiling of the living room with a photo selection of Sebastião Salgado. A fitness room, constantly used by the clients, also functions as a corridor that gives access to the master suite, with a large skylight dominating the space. Two separate closets and bathrooms were crated for the couple and a guestroom that opens to a small courtyard was renovated. All the enclosed spaces receive natural light from solar tubes. 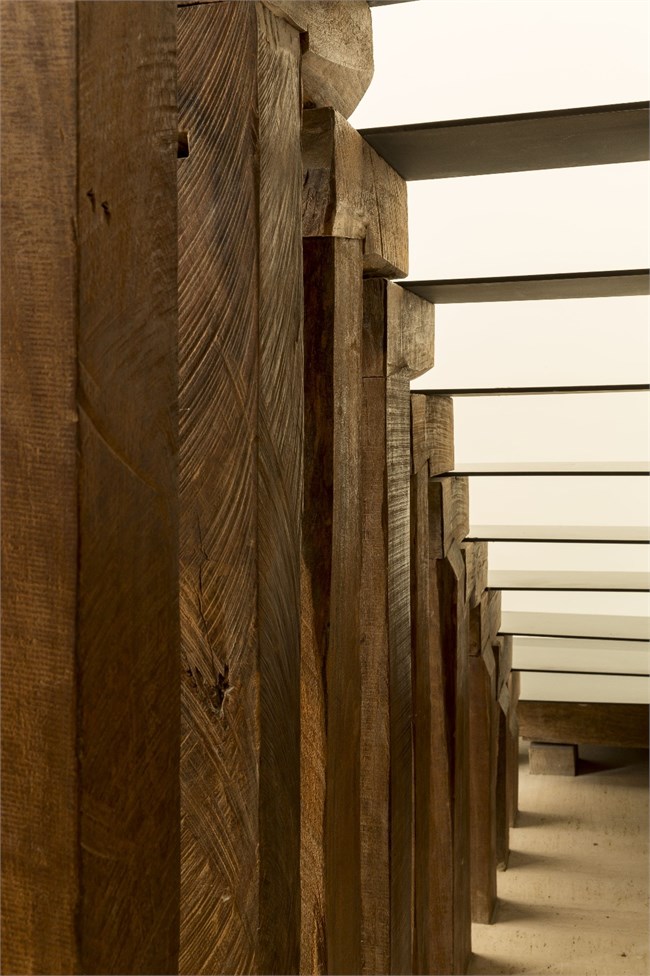 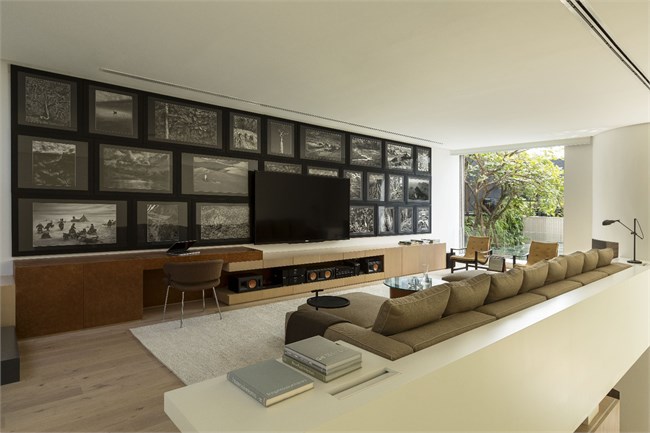 The façade was divided into two horizontal sections, one with the expanded openings in the ground floor and another made with a wooden moucharabieh that encases the first floor. The structural cylinders are tangent to these panels, creating waves that soften the preexisting volume. The materials employed were travertine marble in the ground floor and American oak in the private areas flooring and millwork. This renovation creates a refreshing atmosphere for a house occupied by the clients for decades. Functional and simple, the project updates usages and establishes a blur between inside and outside, blending small landscapes that bring natural light, greenery and fluidity to the architecture. 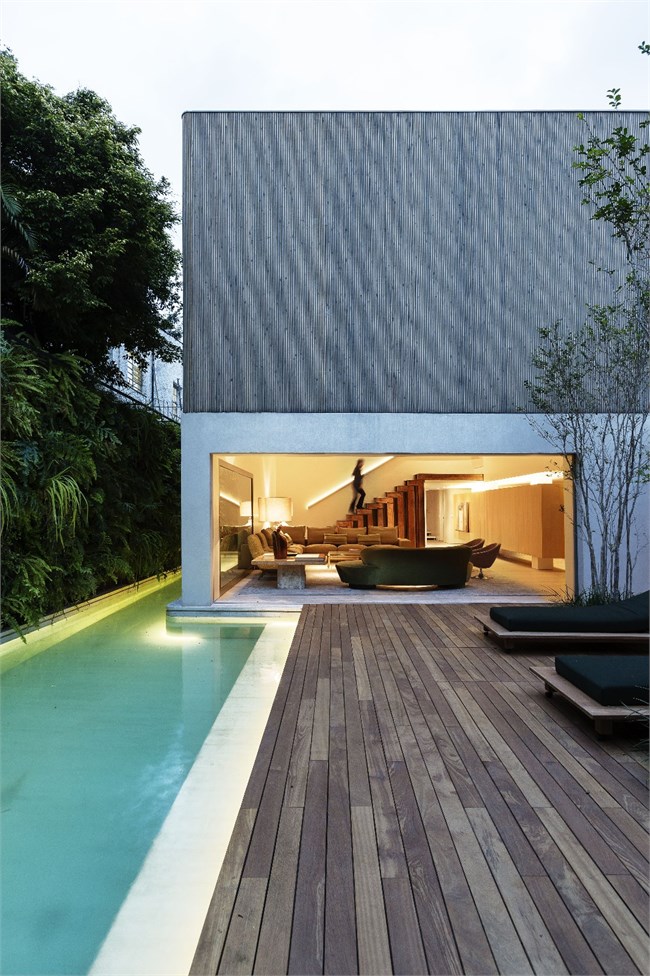